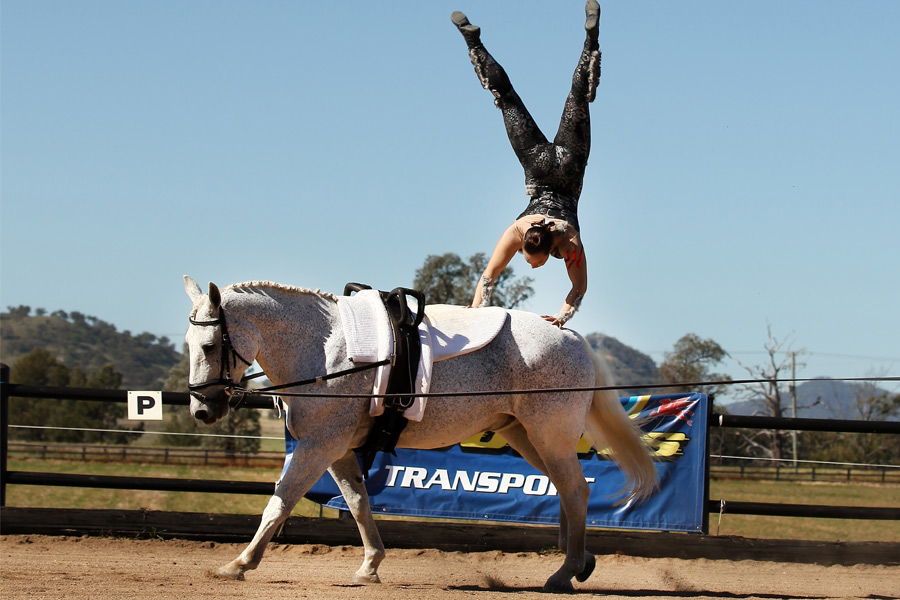 Vaulting is one of the most spectacular of the equestrian sports and is best described as ‘gymnastics and dance on horseback’.

Equestrian Vaulting involves performers undertaking compulsory and freestyle movements, like handstands, tumbles, flips, cartwheels, twists and other gymnastic tricks in time to music on a horse moving at either a walk or a canter.

Vaulting is one of the most spectacular, and at the same time safest, of the equestrian sports. It is an ancient sport dating back to the Minoan period demonstrating flexibility and mobility whilst on horseback. This was particularly important when horses were widely used in conflicts (horses were active in war through to the end of WWII).

This fun sport for all ages promotes co-ordination, balance, physical health, self esteem, and the ability to work as a team.