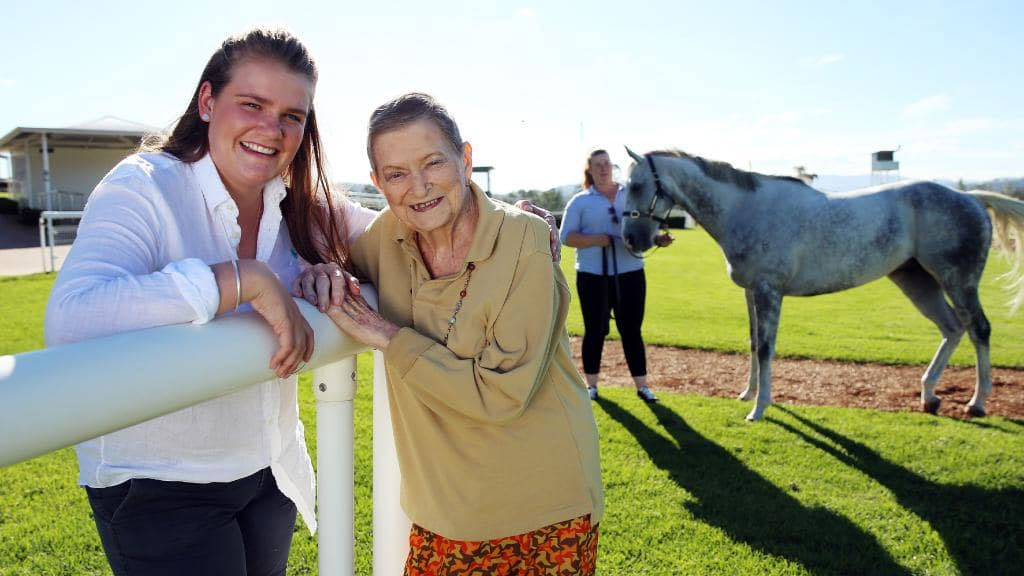 ARTICLE COURTESY OF THE SUNDAY TELEGRAPH.

Before names like Gai Waterhouse and Michelle Payne pushed the boundaries for women in Australian racing there was one little-known pioneer who quietly started it all around 60 years ago.

Betty Shepherd, a lifelong resident of Scone in the Hunter Valley, will be honoured at next week’s Scone Horse Festival as Australia’s — and possibly the world’s — first-ever female trainer.

Mrs Shepherd, now 88, blazed her trail during the 1950s when, after marrying her horse breeder husband Archie, took over his small stable and went on to work her way all the way to the top of Australian racing — training a runner in the Melbourne Cup.

According to their daughter Georgie, theirs was the perfect partnership — her father was ‘man enough’ to let Betty take the credit while he was content to take a back seat.

“Mum was the brains … she had all the knowledge and was the mad horsewoman while dad really was best doing the books,” says Ms Shepherd.

“So he was happy for her take the limelight which, at the time, was unusual. You know, this was the fifties and sixties.

“Most men preferred a wife in the kitchen and looking after the house but dad was very much happy to let mum shine because she was very good at it.”

However, without a license, the pioneering woman of racing found herself excluded from dress circles and trainer and jockey enclosures at race meets despite the fact she was training the winners.

Her entire stable, too, operated under her husband’s name.

“But it all changed when she attended a meet in Tamworth early in the early sixties and a stipendiary steward (the late Ken Thomas) suggested she apply for her stablehand license,” says Georgie.

“My mum’s reply was something along the lines of, ‘Why would I apply for a stablehand’s license when I’m training them all’.

“So it was agreed she apply for a trainers license and that was it.

“She was the first woman to do so and it changed everything because prior to that she had to work around a lot of obstacles.”

A series of outstanding country horses followed but none matched her prize gelding Trevors which she bought for $10,000 (around $130,000 today) and went on to prepare for an excellent fourth place in the Caulfield Cup in 1966.

The same year Trevors placed 14th of 22 runners in the Melbourne Cup — a Cup double that was won by Tommy Smith’s mighty Galilee.

Betty Shepherd on the back of horse Quick Knock in the early 1960s.

Betty Shepherd, Stephanie and Georgie Cavanaugh, started to make her mark as a horse trainer in the 1950s.