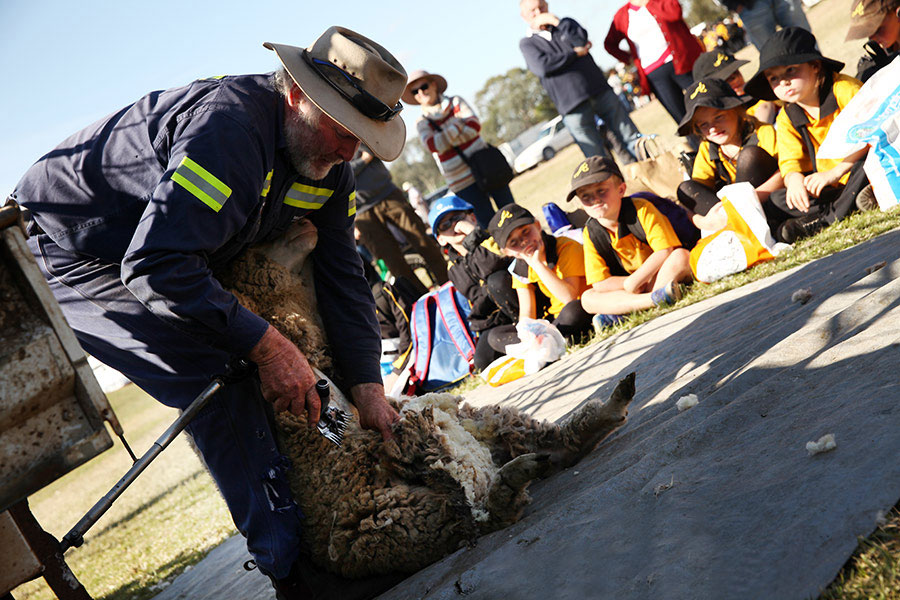 Jack Johnston was involved in the Scone Horse Week from its inception in 1980 until the year of the Jack Johnston Testimonial in 1994. During that time he was awarded the first Horse Week VIP honour in 1985 and again in 1994.

Jack led the parade most years during that time and he was the driving force behind the Horse Festival’s Gala Day.

The event was held at the property ‘Tyrone’ for several years during the 1990’s. After Jack’s death, the Gala Day was renamed the Jack Johnston Memorial Day and moved to White Park, Scone.

The day attracts many visitors and has a focus on displaying aspects of rural life, particularly to the younger generation who may not have experienced such things. The sheep dog trial brings dogs and their owners from a wide area and the dog high jump is a feature of the day.