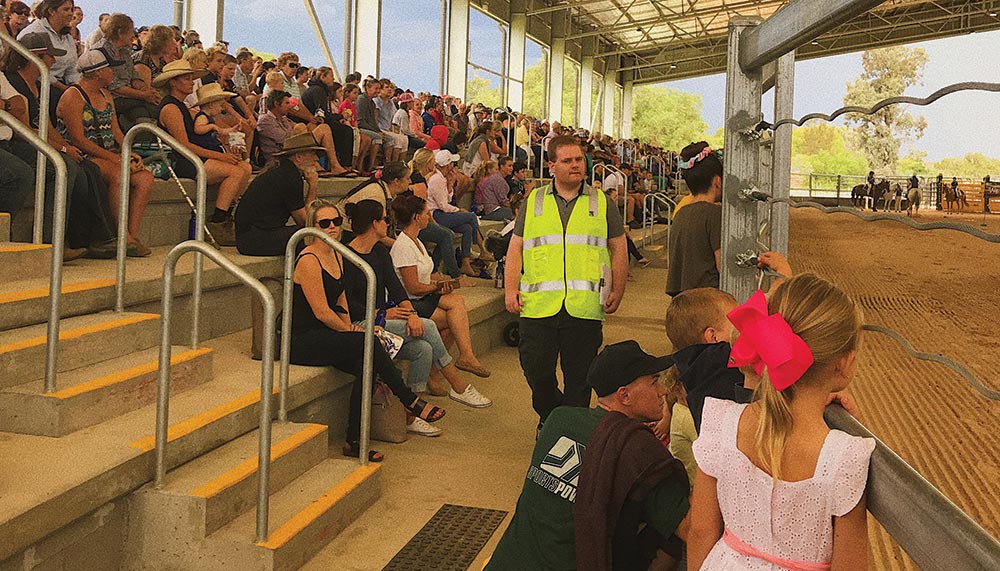 The new undercover White Park arena officially opened earlier this year and is now available for use in Scone, the Horse Capital of Australia.

The White Family purchased the ‘paddock’ from Mr Bakewell for 2,500 pounds and wanted to do something for the townspeople, which resulted in kindly gifting the land to Council in 1924. Mr A.G. White cut the ribbon across the bricked entrance gates that are still erected and from then on, that paddock was known as White Park.  History repeated itself on the opening weekend, in a way, with Dr Judy White OAM of Belltrees, officially opening the arena with a ribbon cutting.

The new arena is a magnificent venue that will bring new equine and other entertainment events. It was designed to fill the gap in the equine sports facilities in the region, complimenting the surrounding facilities in the lower Hunter and Tamworth. There’s undercover seating for 2,864 people under the 90m x 60m roof-a reasonable capacity, for an affordable price.

“We’re thrilled to be bringing Guy McLean back for the Scone Horse Festival this year and it will be a fitting venue for such a world class performer. This is just the start of many big acts to come, now that we have an arena of such high standard,“ says David Gatwood, Manager Business Services, Upper Hunter Shire Council, and President of the Scone Horse Festival Committee.