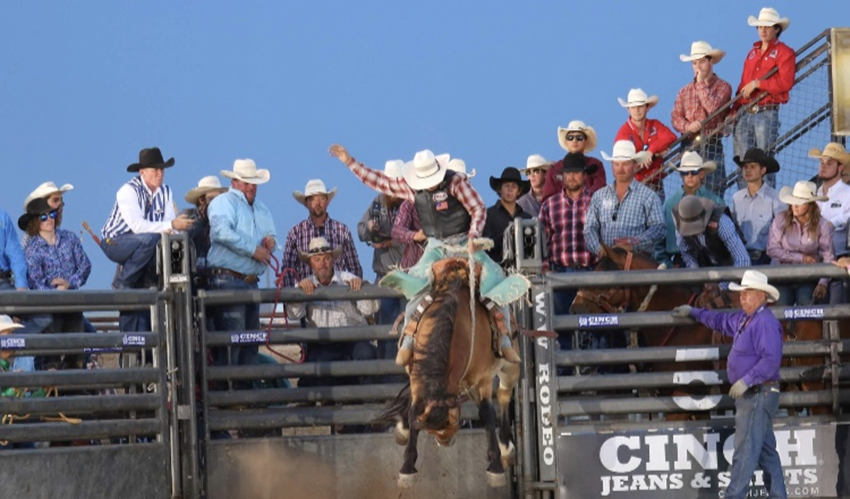 The Young Achiever is a person between the ages of 16 and 21 who has excelled in their chosen horse sporting field. Previous recipients have been involved in rodeo, pony club, polocrosse etc.

This award has been running since 2010 and the previous winners have shown exceptional talent and aptitude in various horse sports or trades.

Sam competed in the world’s largest rodeo alongside competitors from the USA, Canada and Australia and was offered a scholarship to study at Odessa College in Texas.   He is now a member of the college rodeo team and studying a double degree in Agricultural Science at Odessa College, Texas.

The Scone Horse Festival Committee nominated Sam for the Young Achiever Award in the UHSC Australia Day awards and he was honoured to be named the 2018 Australian Young Achiever of the Year.

In 2016 Joe Wamsley won the Young Achiever Award for his polocrosse skills.  Having played polocrosses for Bunnan Club, he played for NSW at aged 16 in the under 21 mixed team and wa selected in the same ear for the under 21 team at the Australian Polocrosse Nationals.

And back in 2015, Equestrian Vaulter, Jarod Boyle received the Young Achiever Award at age 19, having won vaulting events at state and national levels and his fmaily’s horse, Hunterview Sinatra has also achieved many vaulting horse awards.